Release date:2022-09-12   Browse number:3
Note: The electronics giant says it is getting some relief in transportation costs as capacity in international and domestic n 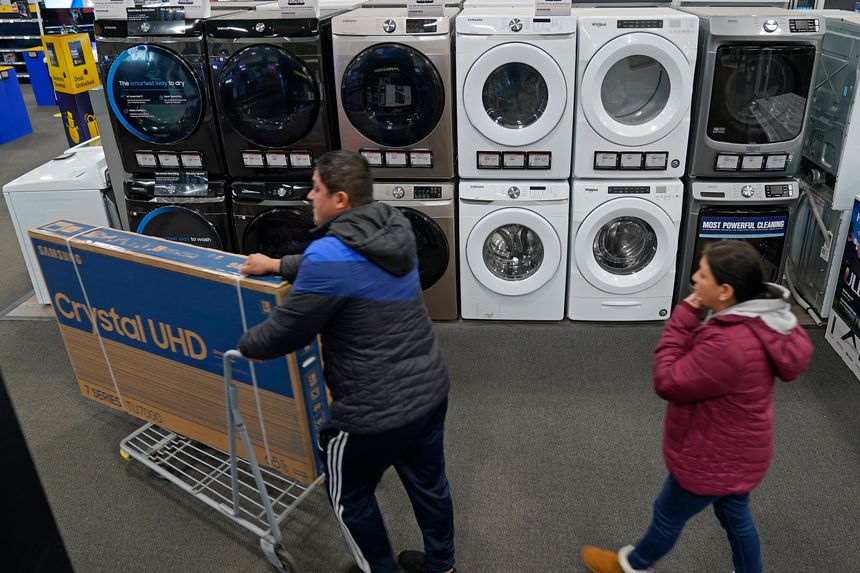 Best Buy says logistics costs and shipping markets are ‘stabilizing and moderating’ ahead of the peak fall shipping season.

“We are starting to see some signs that the market is stabilizing and moderating,” Chief Executive Corie Barry said on an earnings conference call Tuesday, even though shipping costs are continuing to cut into margins at the Richfield, Minn., company.

Ms. Barry said the high transportation costs that strained budgets last year as companies competed for tight capacity in the container shipping and trucking sectors are pulling back and that Best Buy is finding it easier to get freight space across its distribution networks.

“We are experiencing some relief in international first and early signs of loosening markets domestically,” Ms. Barry said, adding that Best Buy is “taking advantage of some rate opportunities” in ocean container transport.

Ms. Barry’s comments are the latest sign that transportation costs across U.S. supply chains are receding ahead of the peak shipping season, breaking from normal seasonal patterns. Shipping prices from ocean to trucking usually increase in the third quarter as retailers bring in inventory to get shelves stocked for the holiday shopping period.

But big merchants including Best Buy, Walmart Inc. and Target Corp. have reported this year they are overstuffed with goods after rushing to replenish inventories that were depleted early in the pandemic. Now, many are cutting prices at stores to sell merchandise, offloading excess inventory to discount chains and canceling orders with overseas suppliers.

“There’s definitely some ability to have a little bit more negotiating power, particularly on the truck side,” he said.

Trucking rates have retreated sharply since the spring, although rising fuel surcharges tied to higher diesel fuel costs have kept overall costs to ship goods over the road relatively high.

DAT Solutions LLC, which matches loads to trucks in the truckload sector’s spot market, says average truckload prices have fallen to $2.53 per mile, excluding fuel surcharges, this month, down from $2.64 per mile in July and off nearly 7% since March.

London-based Drewry Shipping Consultants said in a recent report that container shipping rates from China to Los Angeles averaged $6,127 per 40-foot container the week ending Aug. 25, less than half the average spot-market price in early September 2021. Average rates on longer routes from China to New York have fallen to $9,569 per box from $16,138 in that time, according to Drewry.

Xeneta AS, a Norway-based shipping data provider, said in a report this month that spot-market container shipping rates have declined so rapidly that the prices have come closer to long-term contract prices, which traditionally come at a discount, and were even below contract rates in some markets.

Best Buy’s inventories were down 6% at the end of the quarter ending July 30 compared with the year-ago quarter while comparable-store sales fell 12.1%. Still, inventories remained 16% higher than prepandemic levels, and Ms. Barry said stockpiles varied widely from product to product, with some goods such as computer equipment still in short supply.

“While it is important to manage inventory against current demand, we also want to ensure we are well positioned to react to the ever-changing consumer needs,” she said.